Throughout our 136 years in the music business, the Gretsch family has had the pleasure of working with some incredible multi-instrumentalists. Luminaries such as Jack White, PJ Harvey, and Phil Collins are historically just a few of the Gretsch artists known to have full mastery of several instruments. I have always been so envious of these multi-instrumentalists and the way they exude musicality regardless of the instrument in front of them. I like to think I have at least one good band left in me and at least one more instrument, which means maybe it’s time to dust off my guitar and re-learn those three chords again!

That said, Gretsch is proud to welcome Charlotte Klauser into the Gretsch family of artists. In Germany, Charlotte has a reputation for having consummate professionalism as a backing musician and multi-instrumentalist. She has not only toured with renowned German national acts like Sasha and Peter Maffay, but she has also done a lot of television work while running her own sound design company OhrenKunst.

It’s an exciting time to watch Charlotte because with a new solo album coming out she seems to be in the midst of transitioning from a successful hired gun to a solo artist who can stand on her own. She is first and foremost a drummer, but it doesn’t end there. As you’ll see in her recent video “Sandcastles” she has all the other instruments down too.  We talk with Charlotte about her musical path, her influences, and what it takes to survive as a professional multi-instrumentalist in today’s German music scene. 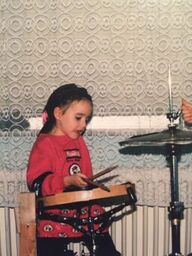 Charlotte: Thank you so much. I think almost anyone who wants to be a musician needs to spend time finding the right instrument. Luckily my parents always encouraged me to try out new ones. My mother is a piano player and my father is an artist and painter who studied bandoneon and saxophone, so music was a big part of my childhood. In our home we had a room with tons of instruments, so for me playing violin was the same as playing with LEGOs. It was (and luckily still is) primarily just fun and I think the most important thing as a professional musician is not to lose this feeling even if it becomes a paying job. So I started playing piano and violin around the time I learned to walk. The struggle began when my older sister Johanna, who is now a professional guitarist, got a drum kit for her 10th birthday. Whenever she was playing the drums or had a lesson at home, I couldn’t wait for my chance to play as well. After a while she got an electric guitar and that was when it became clear that she was the guitarist and I was the drummer.  We performed in many bands together like The Black Sheep. I watched her play guitar and bass for more than 10 years and this was like one big guitar lesson. When I started to play guitar I only had to adapt to what she was doing. Unfortunately, I’m not really good at practicing continuously. It’s just not possible for me to practice each instrument everyday or even a few times a week. So I try to create new challenges for me, like playing a gig on a special instrument with the knowledge that I would have to practice a lot for it. I love and especially need deadlines in order to achieve something. This is how the “multi-instrumentalism” works for me. I always have periods of time where I focus on a certain instrument 100%.

Lucas: You can hear a bit of fusion influence in this number.  What bands have influenced you the most and how have they shaped you as an artist?

Charlotte: I grew up with classical music and lots of jazz, but for me the style of music never really mattered.

As a kid I loved to listen to Whitney Houston and Bobby McFerrin at the same time, or Jamiroquai and Nirvana, or Dream Theater and Jamie Callum.  But my dream was always to study jazz drums and piano. When I was 14, I had a duo called Cold Fusion, where I played piano and cajon together with a guitarist. We were signed to a jazz label, released our first record, and won the WDR Jazzpreis in 2005. At the same time I was into rock and metal as well and worked a lot on The Black Sheep, the rock band with my sister. At that time I was listening to a lot of Incubus, Foo Fighters, Linkin Park, Dredg, Deftones etc. Thinking back on it, I have always loved bands that tended to combine musical styles and utilizing the best parts from various styles.  These days I’m listening a lot to Wallis Bird, The Intersphere, Tedeschi Trucks Band, Madeon, and Honne – all bands that are mixing genres to create a unique sound.

Lucas: I imagine that someone with your incredible musical talent has very strong opinions and ideas about how music should be played. You’ve worked with some pretty big German acts like Sasha and Peter Maffay, guys that probably have their own specific ideas about how to play, and I am wondering if it is hard for you to just play what others tell you to play? 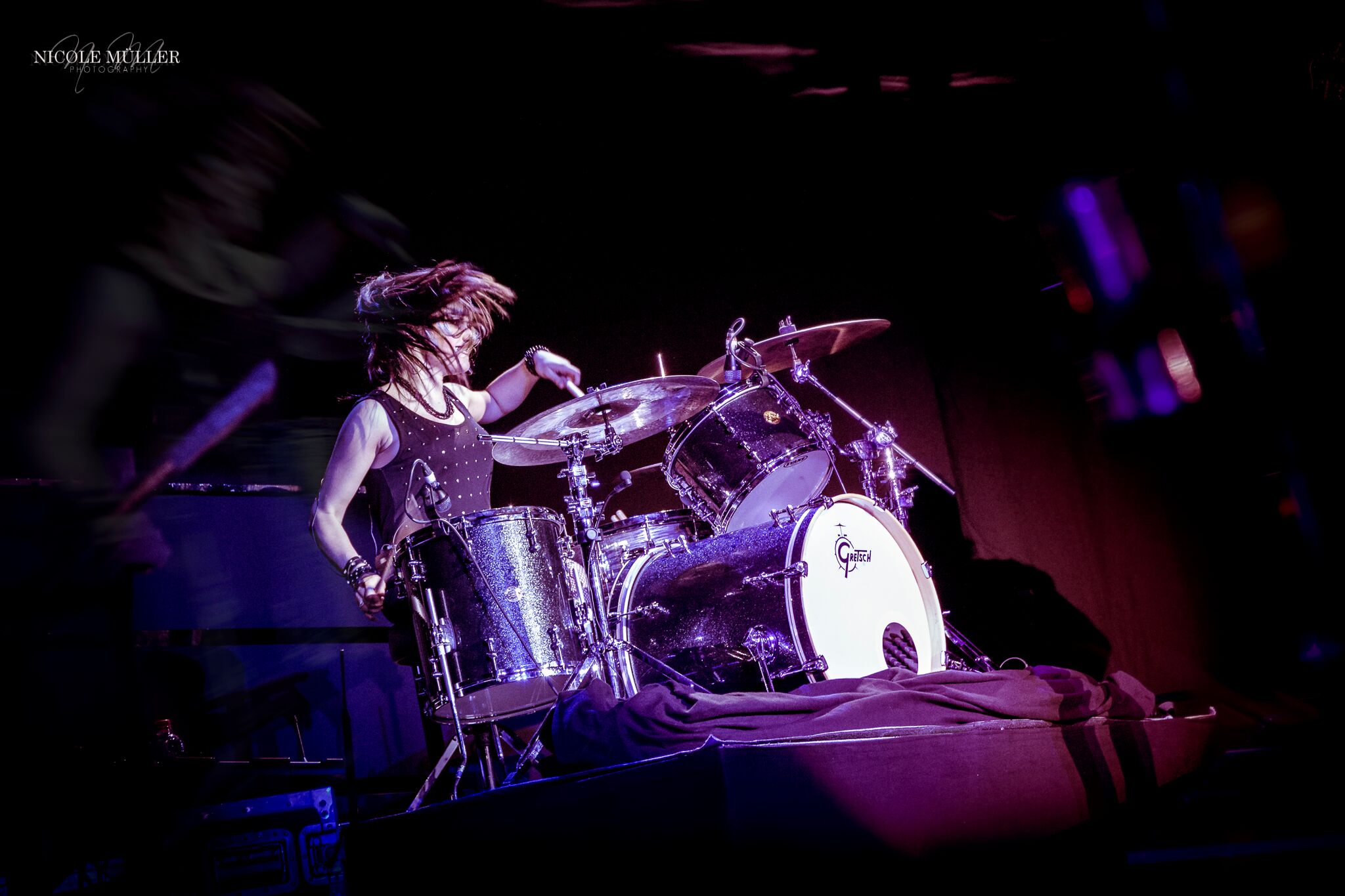 Charlotte: Yes, that’s exactly an issue I have to work on a lot. In my mind I have thousands of ideas during a Peter Maffay rehearsal. How to improve, how to break out of playing habits, how to make a show set more diverse. I really had to learn when it’s OK to interfere or speak up about certain ideas. With Peter Maffay there are 11 professional musicians, all with their own ideas. So there really is no need at all for a background singer to bring in another idea. Peter Maffay though is so interested in new ideas and different point of views, so he sometimes asks me for my opinion. During the last year that working relationship developed a lot. He invited me to work with him on his new record. We spent hours together, jamming, listening to demos, writing new songs, and he was really interested in a “modern approach” of music and what people at my age are listening to.

But in most of the bands I try to keep a balance between focusing only on my job and giving 100% to make the whole project as good as it can be.

Lucas: Do you find that your music is better when you have done it completely on your own without collaboration? Or do you consider collaboration and feedback a necessary part of the creative process?

Charlotte: I know that in both of my new videos “Complicated Life” and “Sandcastle” it may seem like I am a musician who prefers to play alone, but that just isn’t the case. For me playing music with other people is something I really enjoy. I would actually much rather practice with a band than practice all alone. I think the instantaneous musical feedback one gets from playing with others is amazing. The fact that you can improvise, experiment, and react to someone else’s feeling is wonderful and totally necessary. If I am playing with other musicians, I want to play with them and would never stop someone in the creative process. However working alone allows you to envision a project to its completion without the interference of others.

When I wrote songs for my band The Black Sheep, I always had a whole composition and arrangement for every instrument in my mind. That’s why it was an interesting challenge for me to see what happens and how music sounds like if I just do it on my own and combine all my instruments and abilities. 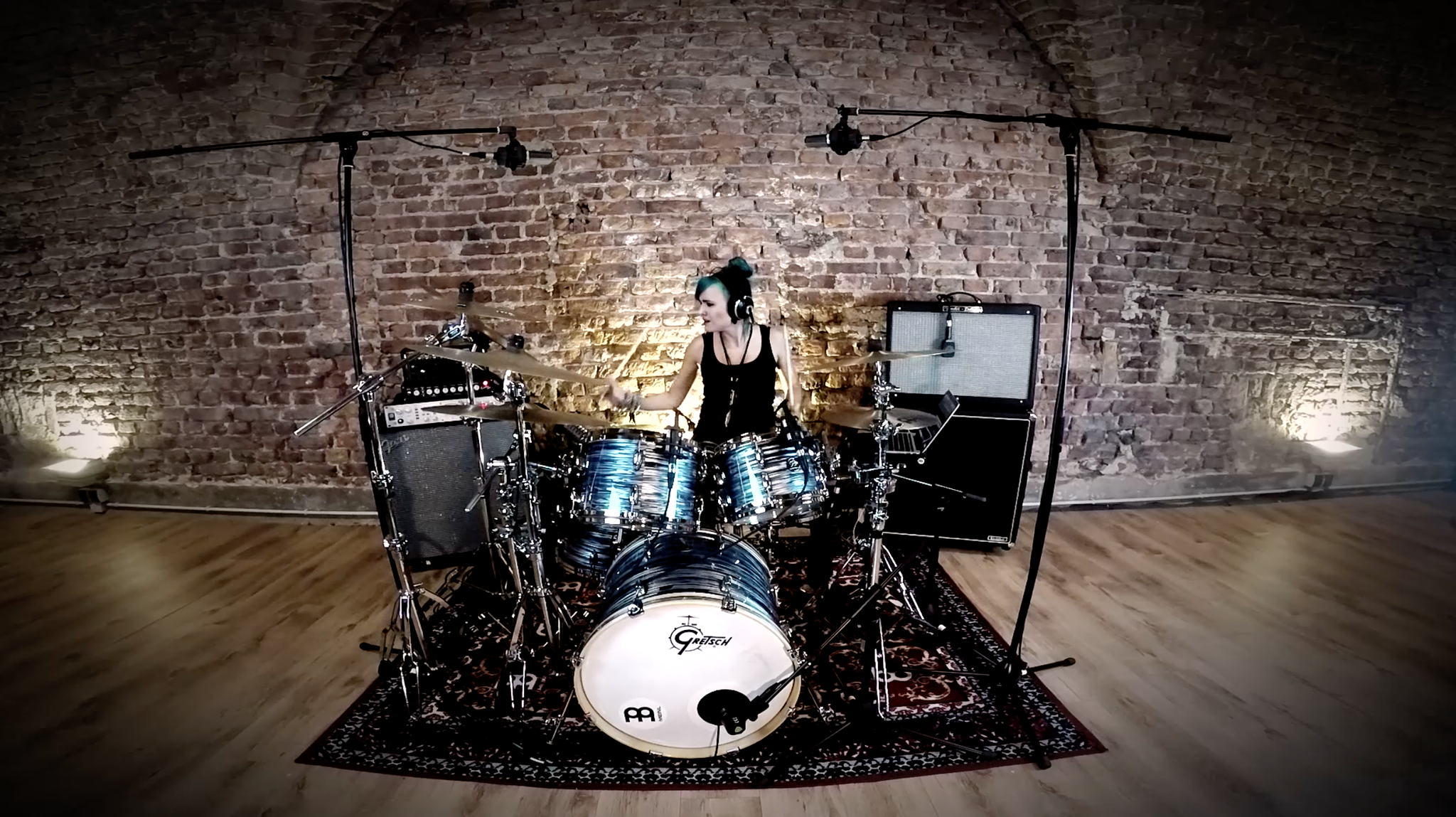 Lucas: You have had an incredibly productive career so far, having worked on so many interesting projects.  Do you find this business is getting tougher than say 10 years ago?

Charlotte: I don’t really see a difference as long as you are in the live business and you are booked by a band and go on tour. Of course, this business is tough in general, but I think it always was. It’s still about meeting the right people at the right time, and saying or offering the right things at the right time. As long as bands are touring and people are still going to concerts there will be a place for live musicians. Unfortunately, this isn’t the case for studio musicians because of the major shifts in technology and music distribution. But if you do your own stuff I think things have changed during the last 10 years. It´s funny that you asked me about 10 years ago, because that was when the band I had with my sister The Black Sheep released its first album. We were signed to American metal label Roadrunner Records and I think we were probably the last band in Germany they signed with an “old school” record deal where they invested good money. So I grew up with the old understanding of how to start a band and which steps you should take to get on the radio, to get a deal with a big label, to release an EP or a single, how to work on your website or Myspace page (haha), etc. These steps changed a little bit in the last years but also in a good way. Because of the Internet you have so many possibilities to get straight to the audience without the need of a record company in the middle. So it’s all about being a good musician, being authentic, inventing innovative ideas, working long hours, and giving the audience a positive energy. Hopefully this will never change.

Lucas: Who are your drumming influences? 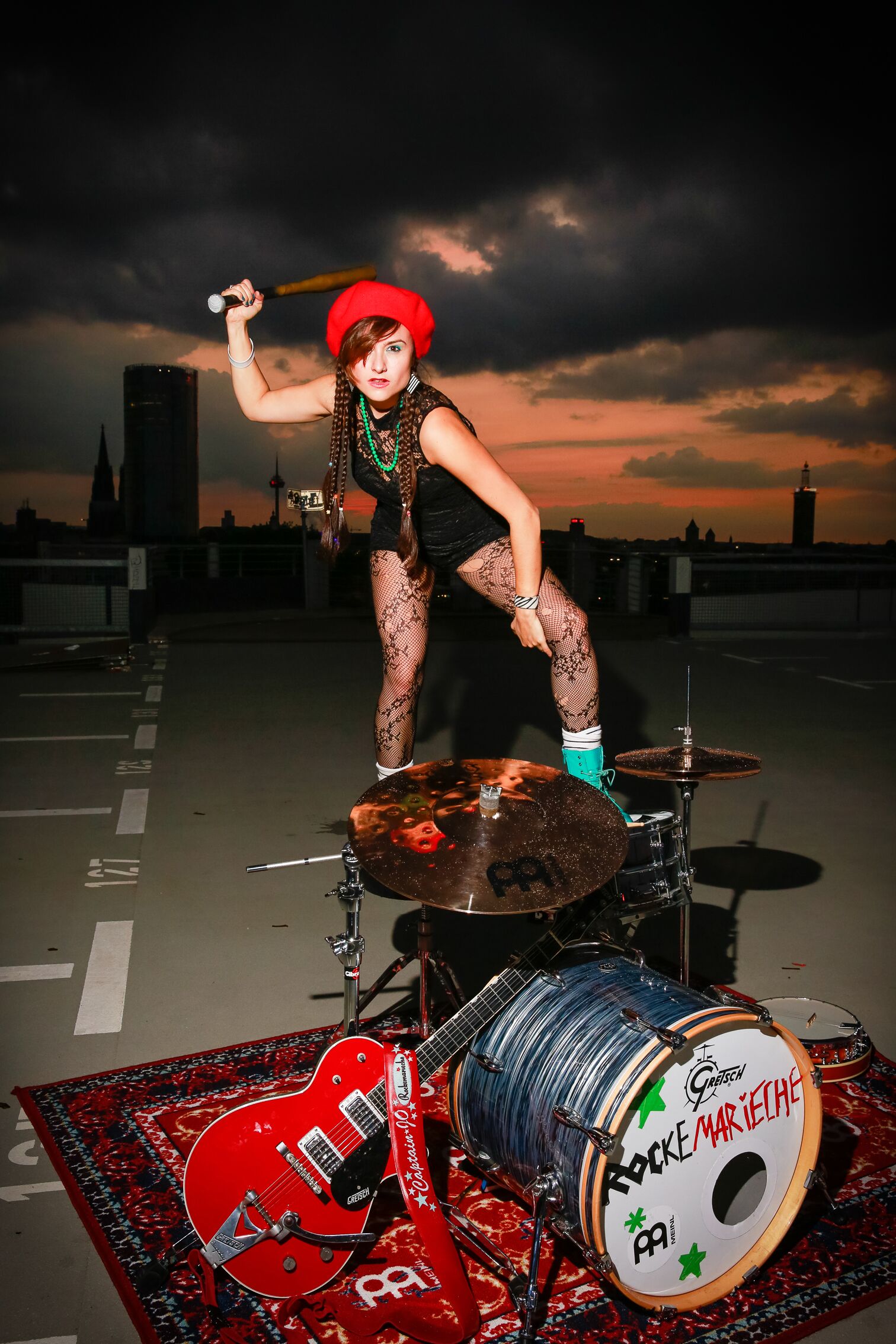 Charlotte: Larnell Lewis, Moritz Müller, and Dave Grohl are just a few drummers who have inspired me. Dave Grohl is maybe not technically the best drummer in the world, but he is a well-rounded musician who always gives 100% on the instrument he´s playing. I love his energy and how he is playing his songs.

Charlotte: When I was a kid I was always fascinated by drums in general. I always thought that certain drums always sounded better than others, and those certain drums were almost always Gretsch drums. It began just as a feeling, but as I grew older and more specific in my needs for the right equipment and the right sound, my feeling was confirmed with Gretsch drums. It just fits to my personal vision of how a drum kit should sound.

Lucas: Can you talk about your plans for 2019? What projects will you be working on?

Charlotte: In 2019 my wish is to produce and finish my solo record. 2018 was already a pretty good start for my solo career as I released a couple of songs and live recording videos, and toured with Johannes Oerding & Sasha as a support act. I also plan on working on projects with Peter Maffay, The Carolin Kebekus TV Show, and Sasha. I also need to stay focused on my sound design company as well.