In 1984, ownership of the Gretsch Company returned to the Gretsch family and was placed in the capable hands of Fred William Gretsch, the great-grandson of founder Friedrich (and the son of William “Bill” Gretsch, who was president from 1942 until his untimely death from cancer in 1948).

After 17 years of ownership by the Baldwin Piano Company, the once-heralded Gretsch brand had been neglected, forgotten about by many, and was basically on life support. Here’s the inspiring story of how the “Fourth Fred” fulfilled a dream and resuscitated his family’s ailing business back to life. 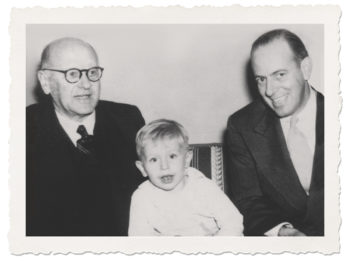 Just like previous generations of Gretsch presidents, Fred literally grew up in the family business. He hung out at the Brooklyn Gretsch factory after school, on Saturdays, and even during summer vacations; doing a variety of office jobs and learning many aspects of the music business.

One of his jobs during the summer was delivering Gretsch instruments to New York area music stores. This included Manny’s Music and all of the instrument stores along Manhattan’s legendary Music Row. Fred jokes that he probably delivered George Harrison’s ’57 Gretsch Duo Jet to Manny’s during one of his runs. The guitar was originally purchased at Manny’s by a Liverpool merchant seaman, who took it back to England and sold it a few years later to The Beatles’ 18-year-old lead guitarist.

In 1965 at the height of the Beatlemania guitar boom, Fred’s uncle and president, Fred Gretsch, Jr., hired his teenage nephew to work full-time in the company’s Industrial Engineering Department. Fred Jr. thought his nephew’s deep knowledge of the factory could be an asset to the team responsible for expanding the factory’s workflow and output in order to meet the crazy demand for guitars and drums. (On the day Fred started, Gretsch had more than 6,000 guitars on backorder!)

Fred, who had dreams of becoming the Gretsch president one day like his late father, was extremely disappointed when his uncle told him in 1967 that the family business was being sold to the Baldwin Piano Company. Fred stayed with the company for a few years, but the Gretsch family entrepreneurial gene had been passed down to the fourth generation, and he was ready to make his own mark in the business world.

In 1971, he started Fred Gretsch Enterprises, a Chicago-area business that imported and exported a wide range of musical instruments for large national retailers such as Sears, Montgomery Ward, Spiegel, and Aldens. He also purchased equipment from the defunct Harmony Company in the mid-70s and manufactured banjos under the Chicago brand name.

In the late 70s with business humming along, Fred made two very important decisions. First, he left the cold, windy weather of Chicago and relocated his business to warmer Ridgeland, SC. Second, and most importantly, he hired a sharp, talented, business-savvy office manager named Dinah Murphy. She made an immediate impact in managing and growing Fred’s music wholesale business, and within a few years Fred and Dinah were married. 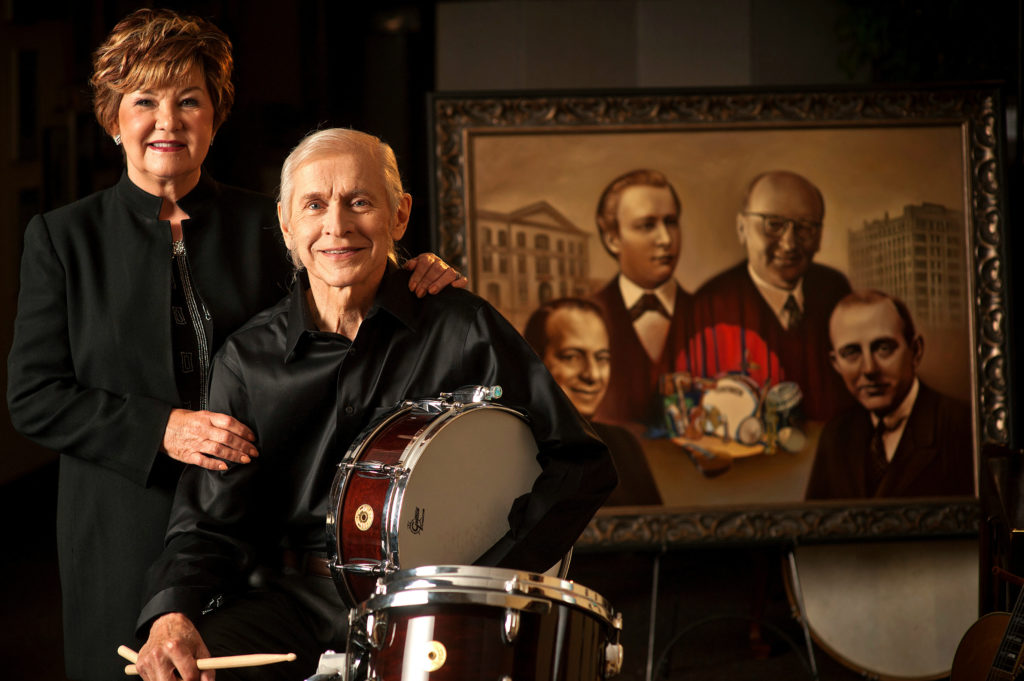 Persistence is one of Fred’s many traits. Patience too. After asking Baldwin each year if they would sell the Gretsch business and getting the same “No” answer, Baldwin finally agreed to sell. By the early 80s, Baldwin was in serious financial difficulty and Fred was in a position to put an offer on the table. His offer was accepted, and in November 1984, Fred was able to fulfill his 17-year dream of buying back the Gretsch Company. He was now the fourth Fred Gretsch to be president of his family’s 101-year-old business. Announcement of the purchase was made at the music industry’s annual NAMM Show in January 1985.

In reality, Fred had purchased the Gretsch name more than a high-demand, smooth-running guitar and drum manufacturing business. While Gretsch drums had seen an uptick in quality and marketing in the early 80s and were still being produced, the Gretsch guitar business was all but dead. In fact, Baldwin had not made Gretsch guitars in years, and all of the vintage guitar specs had been lost after a series of factory fires.

Gretsch drums received Fred and Dinah’s attention first. Production continued at Baldwin’s De Queen, Arkansas factory for a year before drum manufacturing was relocated to Ridgeland, SC. On the guitar side, longtime Gretsch employee Duke Kramer (who had been hired 50 years earlier by Fred’s father, Bill Gretsch) was brought in to restart the business from scratch. With no specifications or schematics available from Baldwin, Duke had to create his own by borrowing vintage Gretsch guitars from Randy Bachman and other collectors. It was a long, slow process but well worth the wait. The lineup of new “classic” Gretsch guitars introduced in 1989 proved to be popular with players and dealers alike. After years of silence, “That Great Gretsch Sound” was finally back.

Over the next two decades, Fred and Dinah continued to grow the popularity of Gretsch guitars and drums. Rockabilly King Brian Setzer became Gretsch’s first major signature guitar artist in 1992. Other endorsers added included Duane Eddy, Bo Diddley, Billy Duffy, Stephen Stills, Malcolm Young, and many other guitar legends. And in 2007, Fred fulfilled another dream: having the Chet Atkins name once again return to Gretsch guitars.

Other Gretsch Company highlights include purchasing Bigsby Accessories in 1999, and forming strategic partnerships in an effort to grow the Gretsch brand worldwide. Since 2002, Fender Musical Instruments Corporation has been responsible for manufacturing and distributing Gretsch guitars around the world. A similar licensing agreement for Gretsch drums exists with the Lombardi family of DW Drums; with Hal Leonard being the exclusive U.S. distributor of the Gretsch Renown, Catalina, and Energy drum series. 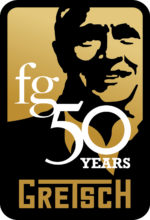 The rebirth of the current Gretsch Company under the leadership of Fred and Dinah is quite a modern-day business turnaround success story. It’s another example of the strong entrepreneurial gene that has been passed down to many generations of the Gretsch family. It’s also a testament to what Fred and Dinah call their “Three P’s” of success: passion, pride, and persistence.

The Gretsch brand today is healthier than ever. The current quality of Gretsch guitars and drums has never been higher; the same can be said for their popularity. We are truly experiencing the second Golden Age of the Gretsch Company. Fred and Dinah continue to work tirelessly to grow the Gretsch and Bigsby brands, and to share the rich 135-year history of the Gretsch Company (Gretsch is one of the few remaining family-owned businesses in the musical instrument industry). They are also both very involved in fulfilling the Gretsch family’s mission of enriching lives through participation in music with their two music education charities: The Gretsch Foundation and Mrs. G’s Music Foundation. For Fred and Dinah, it’s also all about family. They both enjoy involving the sixth generation of grandchildren and other family members in the business, and plan to be around to celebrate the Gretsch Company’s 150th Anniversary in 2033!