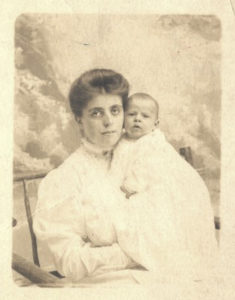 Fred Gretsch, Jr., representing the third generation of “President Freds,” was born on March 10, 1905. His father, Fred Sr. must’ve been proud that his first-born was a son who would someday follow in his footsteps. He had photo cards made of his wife, Charlotte, holding young Junior, and handed them out to his friends in the music industry.

Like his father, Fred Jr. grew up in the family business; working many Saturdays and doing odd jobs such as packaging phonograph needles and picking up drum heads from the nearby tannery. As a teenager, Fred Jr. worked at the factory during summers and also traveled abroad with his father, touring musical instrument centers across Europe and learning the music business.

His mother, Charlotte, was a firm believer in higher education; more so than her husband. That’s why Fred Sr. paid for his son’s college education a semester at a time. As long as Fred Jr. could show his father that what he was learning in college could benefit the family business, he could continue his education.

In 1926, Fred Jr. received a business degree from Cornell University, becoming the first Gretsch family member to graduate from college. A July 17, 1926 article in the Music Trade Review announced Fred Jr. had joined his father’s firm in order to learn the business. The article also stated, “Young Mr. Gretsch, who is the third Fred Gretsch in the history of this forty-three-year-old concern, achieved scholastic distinction at Cornell and promises to make good in business rapidly.”

Within 10 years, Fred Jr. was elected treasurer and had also assumed more day-to-day responsibilities from his father, who was splitting his time between Gretsch and his involvement with Lincoln Savings Bank in Brooklyn. When his father retired in 1942 after 47 years as company president, Fred Jr. was ready to step in, but had recently enlisted in the U.S. Navy to serve his country during World War II.

Fred Jr.’s younger brother, Bill, who had been managing the Gretsch office in Chicago, moved back to Brooklyn to lead the company through the scaled-down war years of 1942 – 1945. When Bill Gretsch died of cancer in 1948, Fred Jr. was named president and led Gretsch through their first golden era with the rising popularity of jazz, country, pop, and especially rock ‘n’ roll music.

The 1950s were quite a decade of change for Fred Jr. both at the office and at home. In 1950, the longtime bachelor was on a train headed to Chicago on business and bumped into a friend, Dan Mooney, who was en route to Chicago to get married. Mooney asked Fred Jr. if he could take the place of a sick usher, and, while at the wedding, Fred Jr. met Mooney’s younger sister, Helen. They started dating and were married two years later. 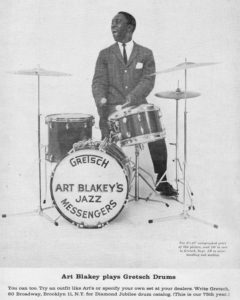 Thanks in part to drum manager Phil Grant, Gretsch became the brand of choice for a long list of popular jazz greats in the 1950s including Elvin Jones, Max Roach, Art Blakey, Mel Lewis, and Chico Hamilton. Grant, a professional drummer himself, established close relationships with artists from the New York City jazz scene and also formed an important partnership with the popular Birdland Jazz Club. Gretsch even provided the nightclub with a house drum kit in dazzling Cadillac Green with 24-carat gold appointments. 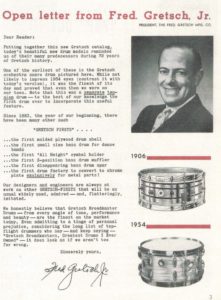 In the early-to-mid 50’s, Fred Jr. was very visible within the pages of Gretsch catalogs. The 1954 drum catalog contains his photo and a full-page “Open Letter from Fred Gretsch, Jr.” describing the many “Gretsch Drum Firsts” including the molded plywood drum shell, the small-sized bass drum for dance bands, the “All Height” cymbal holder, the 3-position bass drum muffler, and the disappearing bass drum spur.

Jimmie Webster, who had been the Gretsch guitar guru since the 1940s, helped Fred Jr. usher in the era of electric guitars in 1951 with the introduction of the Electromatic line of hollow body guitars. In 1953, the “solid body” Duo Jet was introduced to compete with Gibson’s Les Paul model, and in 1954 Webster hit pay dirt by convincing Fred Jr. to sign up-and-coming guitar whiz Chet Atkins to an endorsement deal.

The Chet Atkins models (6120, Country Gentleman, and Tennessean) put Gretsch on the map and proved to be popular sellers for many years. Gretsch was also the industry leader in offering a wide range of fashionable, colorful guitar finishes starting in the mid 50s. Thanks to Gretsch, the days of natural and sunburst-only guitar finish options were gone. With new color options such as Cadillac Green, Jaguar Tan, Bordeaux Burgundy, and snazzy two-tone combinations including Lotus Ivory and Gray Metallic, and Bamboo Yellow and Copper Mist, it’s obvious that Gretsch was following the auto industry in meeting the needs of the more color-conscious consumer of the 1950s.

In addition to the Chet Atkins models, other Gretsch electrics introduced during this golden decade of the 50s included the White Falcon, White Penguin, Country Club, Anniversary models, and the Jet solid body series (some with flashy, sparkle tops from Gretsch’s drum department!). Today, these guitars are considered classics and are highly collectable; they’re also still in production more than 60 years later. 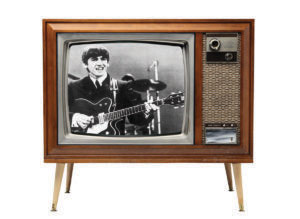 One of Fred Jr.’s biggest challenges as Gretsch president occurred in 1964 when Beatlemania hit the music industry by storm. The overnight guitar boom impacted all manufacturers, but especially Gretsch since The Beatles’ George Harrison played a Chet Atkins Country Gentleman guitar. As a result, Gretsch guitar production increased from around 25 a day to a new goal of 100 a day. With no room to expand within the Gretsch Building, Gretsch was forced to move drum production out of the factory in order to meet the crazy demand for guitars. At one point, there was a six-month waiting period for Gretsch guitars!

After a 41-year career with the Gretsch Company and nearing retirement age (and without an older son to take over), Fred Jr. was approached by the Baldwin Piano Company about selling the Gretsch Company. Consolidation had started within the music industry and when Baldwin lost out to CBS in their attempt to buy Fender, they successfully purchased England’s Burns Guitars. Gretsch made an attractive target because they were based in the U.S., expanded Baldwin’s guitar line, plus added drums and band instruments to Baldwin’s growing musical empire.

Fred Jr. accepted Baldwin Piano’s offer and the sale was finalized on July 31, 1967. Fred Jr. remained on as a Baldwin Director and even attended the 1976 grand opening ceremony of the new Gretsch Factory in Booneville, Arkansas. And, like his father, Fred Jr. also shared an interest in banking and finance. He had a long association with Lincoln Savings Bank where he was elected chairman of the bank’s executive committee, and was also an advisory board member at Manufacturers Trust Company.

Fred Gretsch Jr. passed away in 1980 at the age of 75, just four years before his nephew would buy Gretsch back from Baldwin Piano and have the “Fourth-Generation Fred” running the family business. 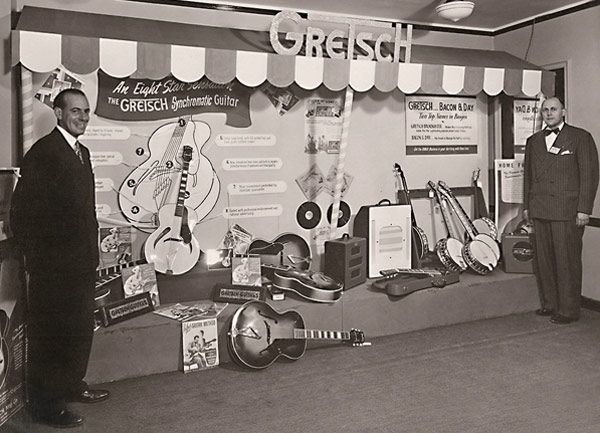 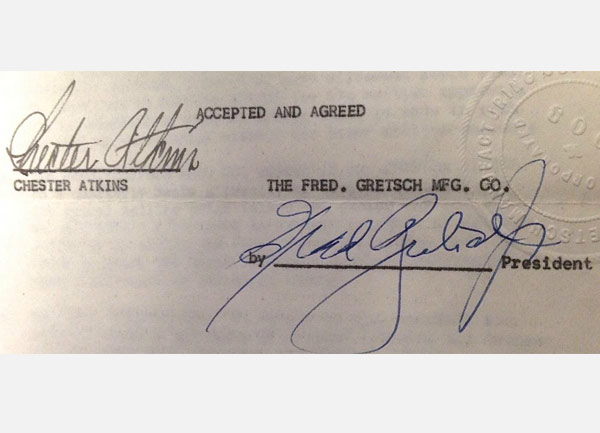 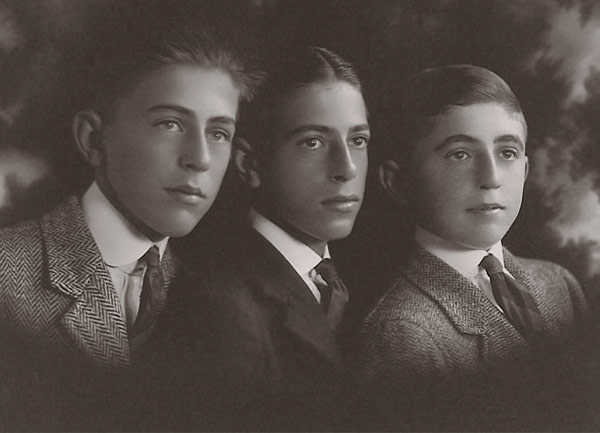 Fred #4: Fred William Gretsch – Leading The Return Of “That Great Gretsch Sound.” Fulfilling his 17-year dream of buying the family business back from Baldwin Piano.