A HYPERAWARENESS OF EVERYTHING THAT’S GOING ON –

For most music industry insiders, Gretsch drum artist Mark Schulman is a man that needs little introduction. Over the past three decades he has played on stages the world over touring with the likes of P!nk, Cher, Simple Minds, and Billy Idol. Rhythmically he’s a no-frills straight-up player whose performances are a demonstration of technicolored flair and intensity. He gets the top jobs from the world’s leading performers because night-in and night-out, he’s locked in, laying the rhythmic groundwork with such conviction and precision. 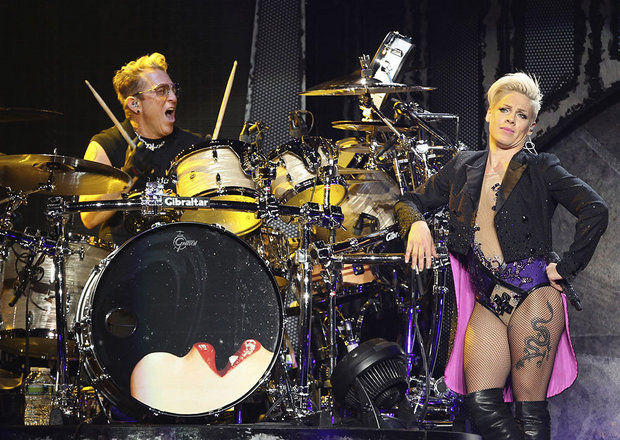 I’ve always been fascinated by high performance individuals in sports and music. To perform at the top level consistently over decades like Mark has, you have to have a mental framework in place to survive, otherwise failure is inevitable. I recently met with Mark one-on-one at the 2018 NAMM Show in Anaheim, California, and we talked about his work as a motivational speaker and the tools he has used to help him stay on point for so many years as a professional drummer.

LUCAS: When I watch your motivational speeches, the ones I’ve seen on YouTube, you have awesome confidence …

LUCAS: …and you’re an awesome presenter. People I’ve met, like you, often were super shy as kids. They had some kind of major event happen to them but then they broke free. A point in their life when they changed into someone who was different. I was wondering if that was the case with you?

MARK: Actually, it wasn’t. I was always a pretty gregarious and outgoing child. Fortunately, my parents supported me. My parents were both professors so the last thing they wanted was a drummer, but they still supported my music career. I don’t think anybody could’ve stopped me. I was nurtured to do my art, and one of the big turning points was when I was 22, I moved to Portland, Oregon, with my original music band, and I met a gentleman by the name of Dr. Jim Samuels. He became, and still is, my life mentor. My next book that I’m writing now I’m writing with Dr. Jim.

LUCAS: So when was this?

LUCAS: Were you struggling with drugs and alcohol?

MARK: I was not struggling but I just think that, although I was as a serious musician, I hadn’t become serious with my quest for self-improvement and inner work. I met Dr. Jim through a gal that I met out there, and he was conducting these classes on the metaphysical inner spiritual work, sort of like a Tony Robbins style of teaching, but Dr. Jim had all of his own philosophies, his own acronyms and his own process.

LUCAS: So, was he giving you tools?

MARK: He was giving me tools and he still gives me tools. Many of the things I utilize even in my speeches are based on some of his concepts. Even my book Conquering Life’s Stage Fright – Three Steps to Top Performance is based on the three Cs: clarity, capability, and confidence. Clarity: you identify your goal and determine the skills you need to get there. Capability: once the goal or goals are clear you become proficient in those skills. Confidence: success in those new skills leads you naturally to confidence. Well, that’s the precursor to what I call Hacking the Rockstar Attitude. That’s the word.

There is another acronym called ABC: Attitude, Behavior, Consequence. So, we can’t control what happens to us but we can control our attitudes about what happens to us. That is what’s fun and unique and powerful. Your attitude is your point of view – it’s where you’re looking from, and where you’re looking from determines what you see. Not only that but you can change, shift, control, or designate your attitude in a moment’s notice. It’s incredibly powerful because your attitude is yours; it’s your responsibility. But more powerful than that, your attitude is what drives your behavior. And your behavior is what determines the consequences of your life. ABC: Attitude, Behavior, Consequences. I utilize this every single day of my life and in those moments, especially in the challenging moments in business or just emotionally, you have the power to change and shift that attitude, and that will drive different behavior which will determine the consequences. You can literally shift what happens in your life by controlling your attitude. People think it’s about changing the behavior. You don’t change the behavior, you change the attitude and this leads naturally to behavioral shifts. This is a very powerful and important concept. And we show you and explain how to do that. So, I’m very excited about that.

LUCAS: The kind of clarity you’re talking about, I find that I have achieved that in my life through meditation.

LUCAS: Where the cloudiness disappears, and you suddenly can see your hurdles, right?

MARK: Yeah. I agree because every time I meditate it gives me clarity on things I need to do that day. And it’s funny, I haven’t been meditating consistently, I’ve done a lot of meditation in my life…

MARK: …but when I’m going through periods of confusion, because the opposite of clarity is confusion, and you know, the opposite of capability is confinement. Because you’re confined, you literally can’t move, and the opposite of confidence is collapse! You’re literally rendered helpless, you’re neutered, you just can’t take action because you don’t know exactly what you need to do. So, the wonderful thing about meditation is, it will open up the channels for you. I agree, it’s a wonderful thing and I’ve gone through periods where I was struggling a bit emotionally, so I was doing consistent meditation in the mornings. During this meditation I’ve never been able to “quiet” my mind, so what I do is, I’ve learned that I can allow my mind to just do what it does and then I can slowly and lovingly bring myself back into focus. Sometimes during the meditation I have clarity about, “Oh, when I get out of this meditation I know what to do now.” But I might have a question about what is the thing to focus on. One of the things that I talk about with Dr. Jim is understanding which goals are the most important, and then you literally just put the most important dire need stuff first. The “want to do it” but not necessarily the “need to do it”-stuff second, and then you put everything else on the back burner. The stuff you might get to eventually.

THE ART OF BUFFING … AND GETTING IN THE ZONE

LUCAS: Do you know Paul Cooper?

LUCAS: So, Paul is the production manager for Gretsch drums and he started 20 years ago, and before then I was working for Gretsch in drum production in the 90’s.

MARK: I didn’t know that!

LUCAS: It’s great talking to Paul now because we compare notes; we talk about all the machinery that was there when I was there, how it’s going, what’s been replaced. One of the things we talk about is the process when you’re building drums where you really get into the zone mentally, and with some of things that you have to do to build a drum, like drilling, there is no zone, but in the more hypnotic jobs like sanding, staining and buffing, there absolutely is a zone you get into as a drum builder.

LUCAS: Have you been to the Gretsch drum factory in Ridgeland, South Carolina?

LUCAS: The big one that we talked about is buffing, where you are polishing the lacquer finish on a spinning buffer wheel. The technique is so difficult and takes days, if not weeks to learn. But once you lock in, you get into this very Zen-like zone.

MARK: Yeah, I understand. Which is similar to what a musician does.

MARK: Where they get in that zone.

MARK: That’s a great question. For me it becomes almost a hyperawareness of everything that’s going on. It’s literally living in the moment because you are responding in real time. Music is an interesting thing, when you’re in the zone, it’s sort of like you are completely present but you’re also looking ahead just enough so your brain can prepare for the next thing.

LUCAS: …because you’re laying the backbone, the foundation.

MARK: …because I’m laying the groundwork. But I need to have a very, very hyperaware state of everything t 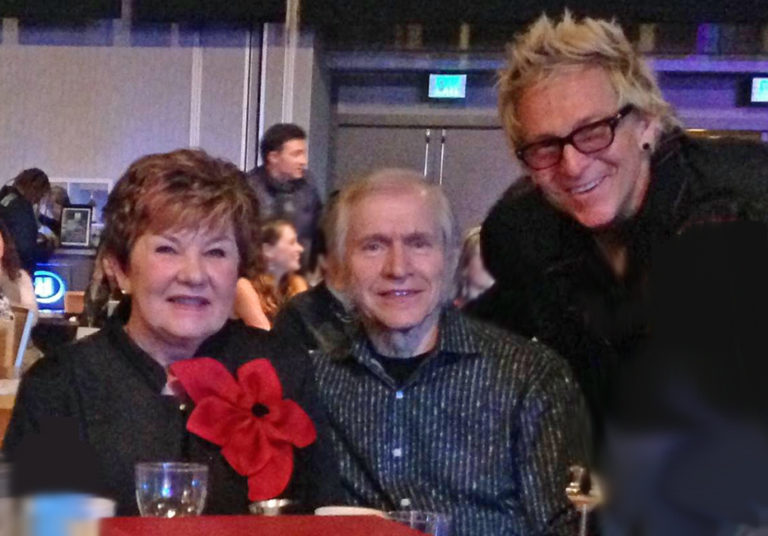 hat’s going on. To me that’s the zone on stage that I want to be in.

LUCAS: And you’re connected with the musicians?

MARK: To be connected and completely present for the music as opposed to getting distracted. Like I talk about with meditation when my mind starts to wander. Well, when my mind starts to wander when I’m on stage I call it immediately back. If I’m wandering I fall out of that zone state that I’m in. So the state to me is being completely present, completely focused, completely aware. The endorphins, the dopamine, everything chemically is just aligned, and you’re in that sort of God zone.

(Stayed tuned here for Part Two of this exclusive interview. Mark will talk about the awareness to listen, why he plays Gretsch Drums, some of his best and worst concert experiences, and more.)