Jason McGerr is a recent Great Gretsch drum artist, having come on board just last year. But he’s certainly no stranger to the drumming community. His work as a member of internationally known Death Cab For Cutie has cemented his reputation as an innovative and musically creative drummer. He’d have to be, considering that the band itself has been variously described as “indie rock,” “indie pop,” and “alternative rock”—which basically means that their music is indescribable. DCFC is noted for its use of unconventional instrumentation, including a wide variety of percussive contributions from Jason. Since their formation in 1998, the band has released eight full-length studio albums, four EPs, two live EPs, one live album, and one demo album. 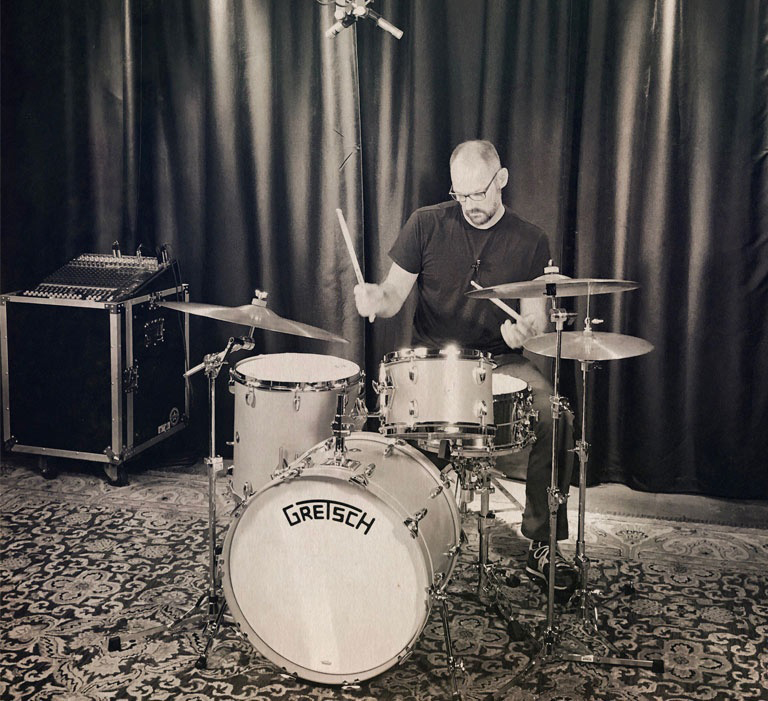 In addition to his work with DCFC, Jason has also been very involved as a session player, engineer, studio drum tech, and side man, working with independent and major label artists in various genres of music. Most notably he’s recorded and toured with Canadian indie-pop duo Tegan and Sara.

Somehow, on top of all this performing, Jason has found time to establish himself as an eminent drumming educator. And this came about because of his own extensive studies, which began in 1993 at the Seattle Drum School. There Jason took lessons from the school’s owner, Steve Smith. (Not the Steve Smith from Journey, but a talented drummer/instructor in his own right.) “Steve taught me a great deal about his many systems of independence,” recalls Jason. “He also taught me how to be a teacher myself.” (More about that later.) 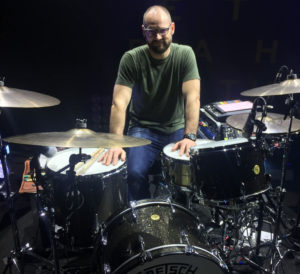 In a move that might seem unusual for a “rock” drummer, Jason pursued instruction in pure technique from John Fisher, a North American solo drum champion and internationally-honored clinician from Vancouver, B.C., Canada. Jason studied with Fisher for three years, and says, “John showed me how to economize my stick motions and really dig deep into what’s going on with the hands.” Jason gained even more insight into drum technique by studying with legendary Scottish drumming champion Jim Kilpatrick.

Jason brought his love for drum instruction full circle when he returned to the Seattle Drum School in 1995. For the next ten years he taught a roster of forty to fifty students per week, ranging in ages from four to sixty years old, and in experience from beginners to advanced professionals. Jason’s own studies allowed him to offer valuable guidance to every student. 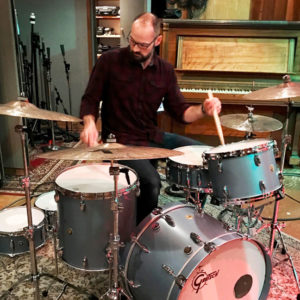 Over the years, Jason’s combined educational and professional expertise has made him in demand for clinics and master classes at schools, music stores, and major drumming events around the world. He’s served as one of the judges for the annual Guitar Center Drum Off Regional Finals, and his appearance at the 2006 Modern Drummer Drum Festival is still spoken of today. His performance there reflected his unusual approach to instruction: In order to demonstrate how to create musical patterns on a drumkit, Jason started out seated behind just a bass drum. Then, as he played, stagehands brought out a snare drum, a hi-hat, toms, and cymbals—one piece at a time—until he was playing a complete kit. The audience of 1,000 drummers roared their approval of this unique presentation.

Jason made another notable appearance at the 2010 PAS International Convention in Indianapolis. And he was a featured performer (proudly sponsored by Gretsch Drums) at the Hollywood Drum Show last October 7.

Jason McGerr has plenty to offer to any drummer who has the opportunity to study with him or to attend one of his clinics. But in the meantime, drummers can benefit from this word of advice from him: “Inspiration comes from more than just the drums.  Just make sure that every time you sit down you are inspired, confident, and loving what you do.”