MY CART
Home » Blogs » A New Gretsch Drum Website is a Time For Celebration!

A New Gretsch Drum Website is a Time For Celebration! 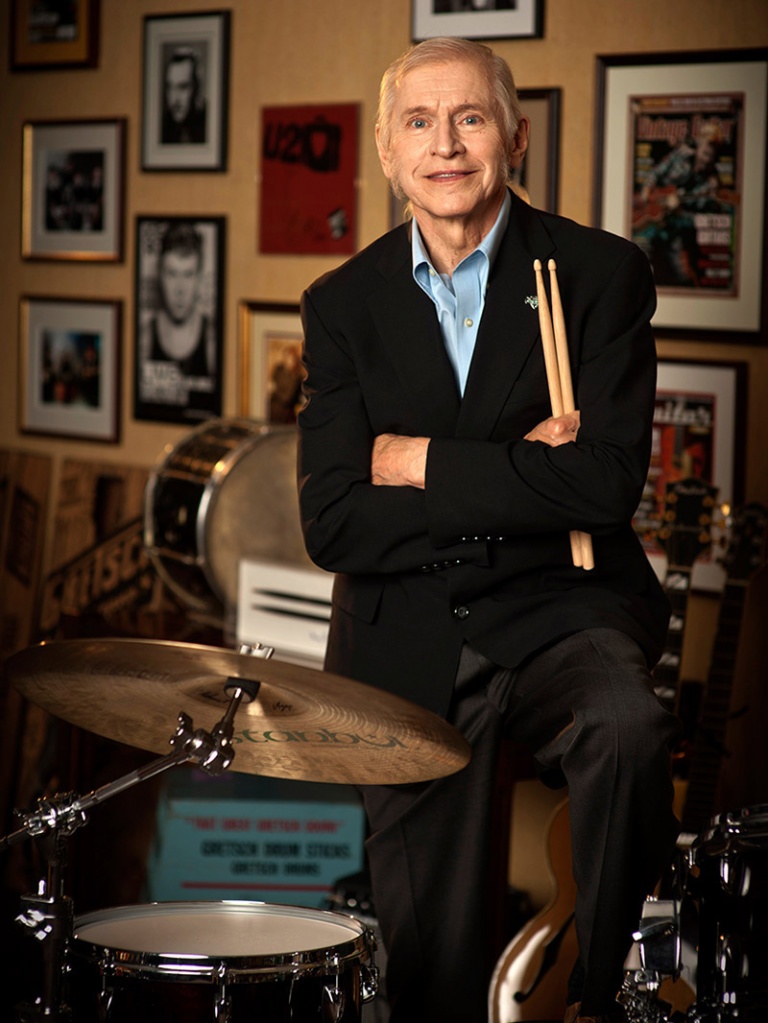 Photo in Gretsch studio Savannah, Georgia. Stop by and say hello when you are in the neighborhood.

It's been some time since my last "Fred Gretsch Perspective" piece appeared. I'm pleased to be back as a regular contributor, and I pledge to keep my future contributions both interesting and entertaining.

Let's start out with a few retrospective comments, and then bring you up to date on the state of the Gretsch Drum Company today. So here goes.

A little over thirty years ago we had the pleasure of announcing to the drumming world that the Gretsch Family had bought back ownership of the Gretsch Company from the Baldwin Piano Company. Thus was re-established a lineage that dates back to 1883, when my great-grandfather, Friedrich Gretsch, founded the business in Brooklyn, New York.

Sixteen years ago we forged a partnership with Kaman Music—later to be known as KMC—that saw an expansion of drumkit model lines and a broadened distribution that brought Gretsch drums to a worldwide audience.

Through all these years, the goal of the Gretsch Family has been to manufacture the best drums in the world. And since January of last year we've been pleased to have new partners in that effort. Don and Chris Lombardi head up a family-guided operation that, like Gretsch, is based on a genuine understanding and respect for the art of top-quality custom drum manufacturing. We are confident that this new partnership will generate continued expansion of the worldwide market for Gretsch drums, while honoring the time-tested design and unique legacy that are so much a part of "That Great Gretsch Sound."

Here's looking forward to the next 100 years of That Great Gretsch drum saga. Stay tuned.