Gretsch at Carnegie Hall: Capturing a Moment In Time 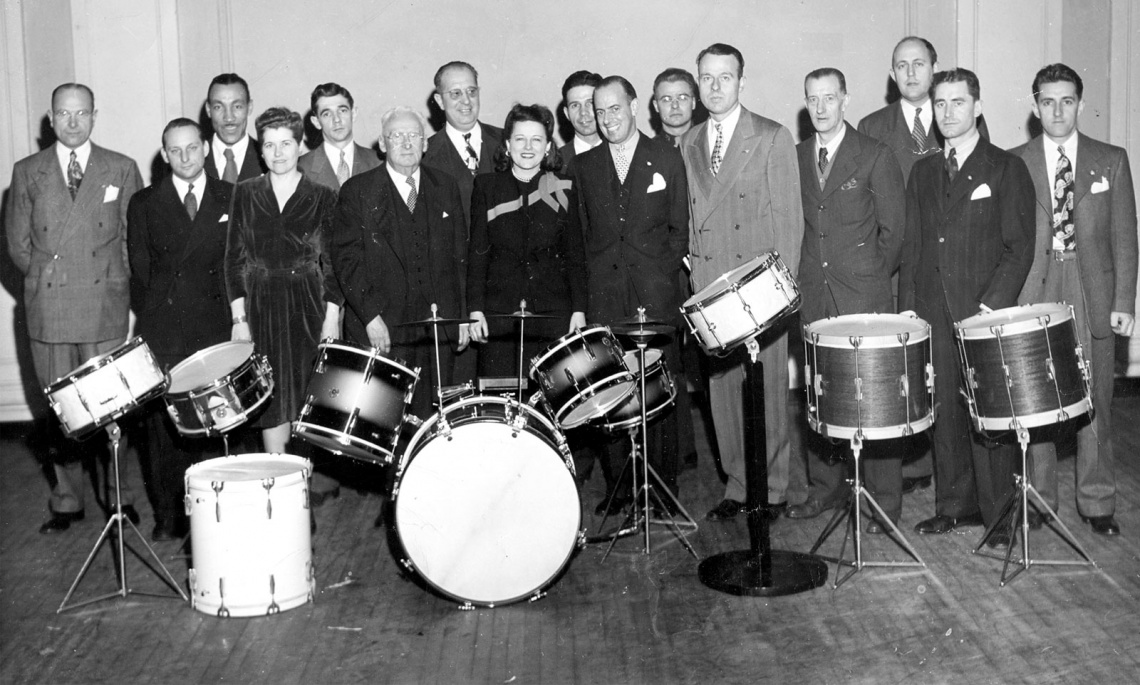 It’s said that every picture tells a story. Well, there are a multitude of stories connected with this historic picture. The occasion, the setting, and many of the individuals depicted in the photo all have fascinating histories associated with them.

Let’s start with the occasion. The photo was taken December 29, 1945—just a few months after the end of the Second World War. The management team of the Fred Gretsch Musical Instrument Company had gathered in Brooklyn to set a course for the second half of the 20th century. Their decision: Go full speed ahead with professional instruments.

To commemorate their decision the team traveled across the East River to Manhattan. There they planned to join with some of the leading drummers and percussionists of the day for a photo to be taken with a selection of Gretsch drums.

Of course, such a historic photo called for an equally historic location, which brings us to the setting. The sheer number of people to be included in the photo called for a sizeable area. The fact that notable musicians were to be involved called for a musical venue. So it made sense to hold the photo session on the stage of a concert hall. And what New York City concert hall could be more famous—or more respected—than Carnegie Hall?

Aside from its own legendary musical history, Carnegie Hall had a special attraction for the Gretsch team. Directly across the street was Steinway Hall, which was the headquarters of another venerable family-owned music business—and the two companies had much in common. In 1853 German immigrant Henry Engelhard Steinway founded Steinway & Sons in Manhattan. In 1883 German immigrant Friedrich Gretsch founded the Gretsch Company in Brooklyn.

That brings us to the people in the photo. Regrettably, the names of the gentlemen at the far left and far right have been lost to history. The others, starting from the second on the left, are: Saul Goodman, James Crawford, Mary McClanahan, Frank Kutak, Gus Helmecke, Art Neu, Viola Smith, Bernie Benson, Fred Gretsch Jr., Duke Kramer, Phil Grant, Richard Dickson, William Walter Gretsch, and Al Moffatt Sr.

The unique photograph presented here—and all the back-story that goes with it—depicts just a single moment within the 133-year history of the company that bears the Gretsch family name. Thank you for this opportunity to share a special moment in time, Dinah Gretsch, Sr. VP, the Gretsch Company.