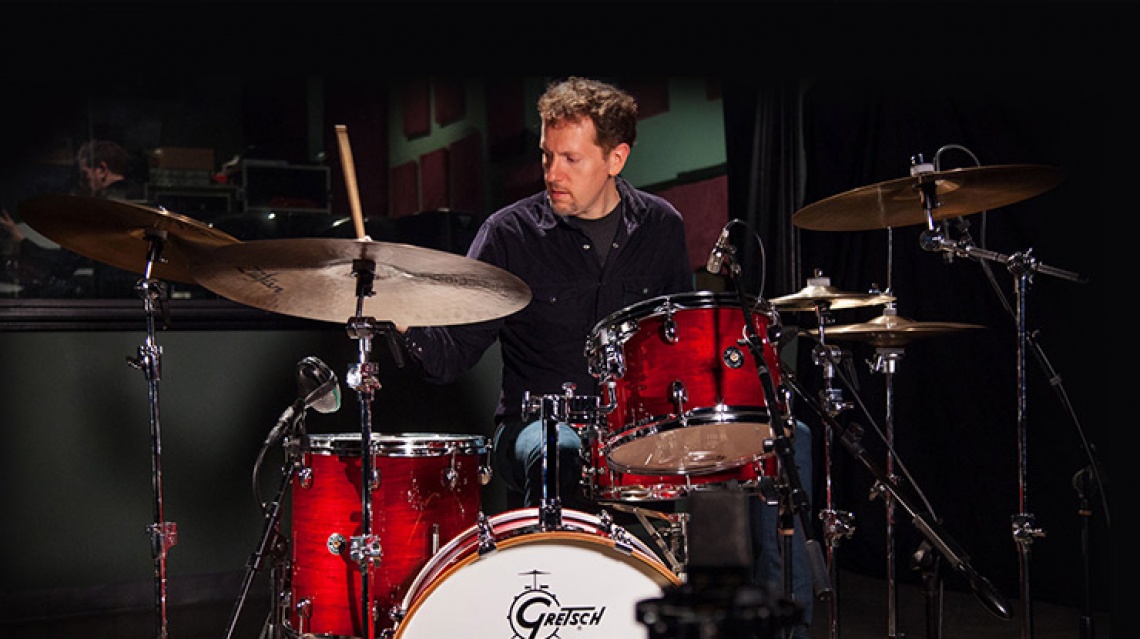 There are many terms that could be used to describe Zach Danziger including “innovative,” “cutting edge,” and “futuristic.” All of them are accurate, but none of them quite cover Zach’s amazing range and imagination. Perhaps the best description is offered by the international drumming website Drummerworld, to wit: “Combining both acoustic and electronic approaches to drumming at the very highest level, Zach Danziger may be the quintessential drummer for the new millennium.”

Born and bred in New York City, the 30-something drummer made his name initially in the city’s fusion scene, working with such stellar artists as Michel Camilo, Chuck Loeb, Randy Brecker, Wayne Krantz, Leni Stern, and Dave Fiuczynski. He quickly came to be regarded as a technical wizard who could meet any musical challenge, leading to calls from an even wider variety of artists including Primal Scream, Busta Rhymes, U2, Mary J. Blige, Rod Stewart, Jack Black, Mariah Carey, Uri Caine, Sinead O’Connor, Chris Botti, Natalie Imbruglia, Chaka Khan, and Miley Cyrus.

Somewhere in the mid-1990s, however, Zach launched himself in a different direction, focusing on exploring the possibilities offered by combining acoustic drums with electronics. As stated last year in Modern Drummer, “No one has gone further than Danziger in developing a unique language that merges the rapidly advancing field of computer-enabled music-making electronics with traditional drums.

This new direction has led Zach into performances and recordings with several hybrid acoustic/electronic projects that feature other like-minded musicians. These projects include Bluth, Boomish, Mr. Barrington, Edit Bunker, and Aerobe. A YouTube search for those names will yield many eye- and ear-opening performances. Zach also has a solo project he calls Stix Beiderbecke.

The programming skills that Zach developed while working on these projects opened up yet another career path for him: film scoring. Between Big Fat Liar in 2002 and Sing in 2016, Zach earned 76 song- or score-writing credits, including for such hit movies as Iron Man, Night At The Museum, Transformers, and Horrible Bosses. And his drumming can be heard on the scores of many films including the highly successful Ocean’s 11, 12, and 13.

With all that he has going on, there’s yet one more term that can unquestionably be applied to the innovative, imaginative, and highly talented Zach Danziger: busy!

Zach Danziger plays and talks about a Gloss Crimson Burst Catalina Club kit in this 2016 video.


Zach performs his track “L.I.S.” from his Stix Beiderbecke project during a 2014 video shoot in New York City.


Here’s Zach with his musical colleague Owen Biddle, presenting a demonstration/clinic on combining live and electronic music at UMass/Amherst in 2014. They improvise a series of pieces enabled by MIDI architecture that allows for free-form melodic, harmonic, and rhythmic composition. No click or backing tracks were utilized. The presentation culminates with the duo triggering rapid-fire video clips in real time using note data generated by the bass and drums to create a living multimedia experience.


In this 2012 clip, all the tones are generated by the drums and cymbals.