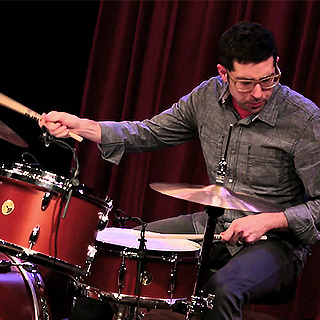 We’ve featured Mark Guiliana before, as one of the Gretsch Greatest Hits…and Hitters. He is indisputably a superstar on the jazz scene. And on the fusion scene. And, frankly, on just about any scene he cares to take part in. Recently, he added the “education scene” to his resume, with the release of an eighty-eight page book and accompanying three-hour video, titled “Exploring Your Creativity On The Drumset.” 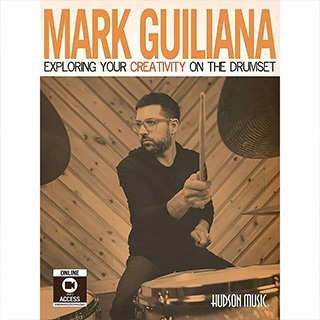 Of course, just listening to Mark play is an education in itself, and I highly recommend that you check out his playing on any of his recordings. (Some YouTube clips are included below for your enjoyment.) But Mark’s book/video package has already received so much acclaim that it’s been nominated in the “Best Educational Project” category in the prestigious Modern Drummer magazine 2017 Readers Poll. Not bad for his first effort in this area.

What makes Mark a Great Gretsch Educator is the way he shares his information. Instead of claiming to have a secret formula for success or a quick way to get good, Mark simply lays out the practice methods that he himself used to achieve his unique voice on the drums. He doesn’t suggest that you learn to play exactly like he does; he simply suggests that you might benefit from studying the way he learned to play that way. 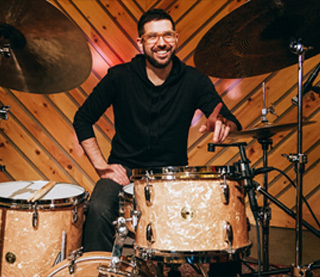 Mark’s system involves what he terms “D.R.O.P.,” which stands for dynamics, rate, orchestration, and phrasing. Each of these concepts has a section in the book defining and explaining it, with plenty of challenging material to work on.

In the accompanying high-quality video Mark personally demonstrates many of the exercises contained in the book. There’s also a great studio performance featuring two of Mark’s long-time collaborators—bassist Tim Lefebvre and keyboardist Jason Lindner—that puts all of Mark’s instruction into a clear and entertaining musical context.

In their December 2016 review of Mark’s project, Modern Drummer called it “a rare look inside the systems and practices of one of the most distinctive and influential drummers of the past decade.”

I couldn’t have put it better myself.

Not a playing clip, but a nice backstage interview with Mark at the 2016 London Drum Show, where he discusses how he unlocks creativity.