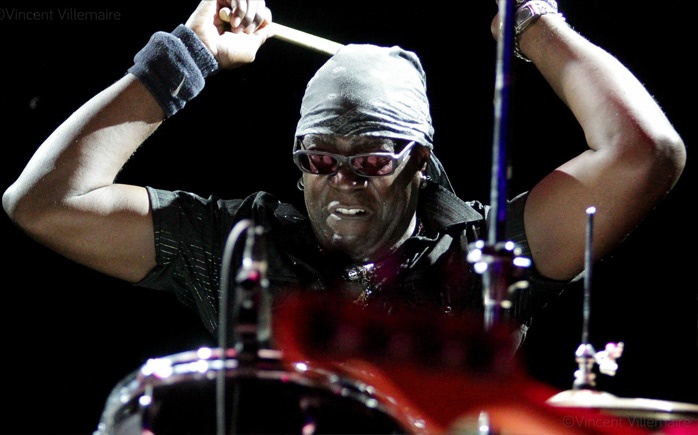 If you’re looking for a drummer who can do it all—and, in fact, who has quite literally done it all—you need look no further than Alvino Bennett. A veteran of stage and studio, Alvino has made a career out of providing whatever a given artist needs from a drummer. And he’s done it with his own brand of style, taste, and musical skill.

To say that Alvino got an early start is an understatement. He was only ten years old when he joined the William Penn Elementary School drum and bugle corps in his home town of Chicago. Only a few years later he was playing for various local bands, and by the age of fourteen he was traveling the country on the club circuit. When he was seventeen he was spotted in a club by blues legend KoKo Taylor, who tapped him to lend his talents to her act. This led to calls from other blues and R&B luminaries including Willie Dixon, Muddy Waters, Cash McCall, and Mighty Joe Young. 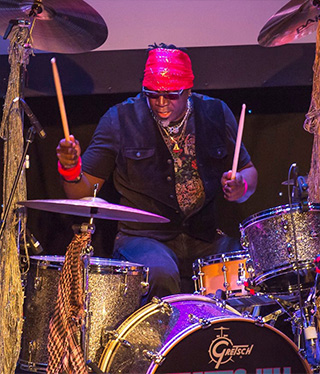 But blues and R&B were just a part of Alvino’s skill set. In 1974 he was called to tour with the great pop songstress Minnie Ripperton. This, in turn, led to a whole new variety of projects, including recording with The Sylvers and several other Motown artists.

In 1996, at the summer Olympics in Atlanta, Georgia, Alvino became part of history. He was playing with Jack Mack & The Heart Attack (on Tony Williams’ Gretsch drumkit, no less!) when a bomb exploded nearby.

“We had played two or three songs when we realized that something had happened out in the park,” Alvino recalls. “I was sitting directly under the Jumbotron that showed everything that was going on. It was moving. We saw the audience running in all directions. We thought one of the big amplifiers had gone out. But it was the bomb that went off.” (You can read the full description of this event on Gretsch.com. The blog is: The Gretsch Drumkit That Made Olympic History.) 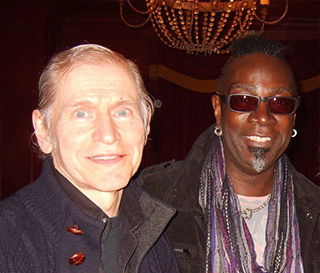 So how do you follow being part of a historic event? You go on tour with a historic artist. Since 2002 Alvino has been anchoring the touring band for 1960s icon Dave Mason. Best known for his soulful voice and unique guitar playing, Mason is a Rock And Roll Hall Of Fame alum as a member of the legendary 1960s band Traffic. His song “Feelin’ Alright” is a rock and roll anthem, and his other hits include “We Just Disagree” and “Only You Know And I Know.” He has enjoyed a lengthy solo career and continues to play to sold-out audiences—with the able support of Alvino Bennett. According to Mason, “Alvino is a treasured member of the band.”

Alvino has been with Dave Mason for a long time…but he’s been part of the Gretsch family of artists even longer. As he puts it, “To be part of the Gretsch family is great. They’ve always been there for me. I played Gretsch drums as a kid and a young adult. Gerry Brown introduced me to Fred and Dinah Gretsch a year or two before they re-acquired the company, and then I re-introduced myself to them a few years later. We established a relationship in 1986, and it’s been wonderful. And I don’t say this just because I’m with them, but I love the drums.”

In addition to playing for others, Alvino is a recording artist in his own right. You can listen to five separate clips from his recent solo album Journey.

Alvino doesn’t get much screen time, but his groove is undeniable in this clip with blues/rock artist Lance Lopez from October of 2016.

Solid pocket playing from Alvino is the order of the day, with Dave Mason and others at the Bluesapalooza Festival in 2010.

Alvino’s funk/rock chops are front and center on “Prisoner Of Love,” a track from guitarist Robin Trower’s live tour album This Is Now, ’74-’98.