This year I was delighted to be invited to attend the last day of the 21 Drum Camp and its finale drum clinic the following day, an event created by top drum educator Mike Johnston and Music Maker Ltd.

Now in its fifth year,  21 Drum Camp was held at Grouse Lodge just outside the village of Rosemount in the heart of Ireland. The camps world class mentors were Gretsch drummers, Mike Johnston, Ash Soan, and Mark Guiliana with Robert ‘Sput’ Searight returning for the second time and guest artist Richard Spaven delivering two masterclasses. The week long camp ended in style when all four drummers took part in a Drum Clinic at Dublin’s Button Factory on the final day. From day one, Mike’s innovative concept for 21 Drum Camp has always been to have multiple professional drummers, from different backgrounds with different skill sets. This ensures that campers can identify with at least one of the mentors on a personal and playing level at all times as well as get different takes on similar topics.

Grouse Lodge residential studios with its world class facilities and idyllic setting has hosted the who’s who of the music world including Michael Jackson, Will.I.Am, Snow Patrol, Muse, REM and many more. Its inspiring creative environment was ideally suited to hosting 21 Drum Camp. The studio is one of the most respected in Ireland with state of the art equipment and comfortable accommodation, including of course their own bar! 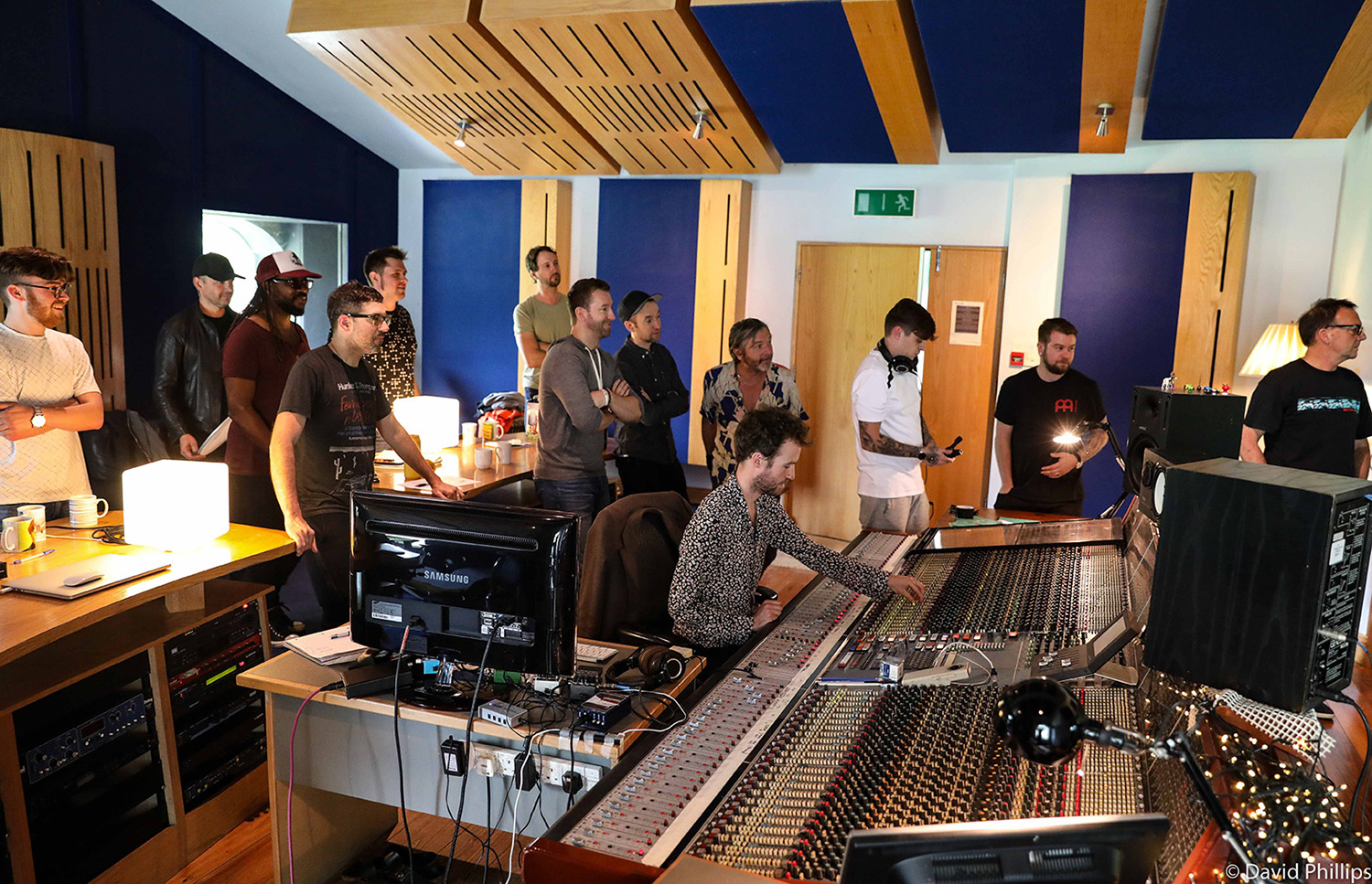 Top drum educator, Mike Johnston revolutionised drum lessons when he launched mikeslessons.com. His easy combination of a personal approach with new mediums and social media helps him to share his passion for everything drumming. In demand drummer Ash Soan has recorded with Adele, Robbie Williams, Cher, Trevor Horn, and Seal to name but a few. His playing has been heard on countless singles and albums with every drummer trying to match his unique sound! Mark Guiliana was the drummer who provided the back beat to David Bowie’s final album, Blackstar. He is a multi-faceted jazz drummer skilled in both acoustic and electro jazz, a successful composer and band leader.

Gretsch was proud to be represented at the camp with Ash Soan using a Broadkaster and Mike and Mark using Brooklyn kits. Everyone enjoyed the balanced blend of warmth and attack these kits provide and their versatility in the studio.

21 Drum Camp is a totally immersive experience where campers from around the world live, eat and breath drums with their mentors for the whole week. There is universal agreement by everyone involved that the in-between times are when the best questions are asked. Each day all participants meet for breakfast and then move on to a series of lessons with the mentors. This year Mike concentrated on note placement and how to make better videos, Ash explained how Ringo Starr had such an influence over pop music, looked at reggae and the half-time shuffle, a groove he adores and Mark focused on playing together, not just in time and how to listen. At the end of the day, after a home cooked dinner everyone moves to the ‘bar’ to hang together, share a few drinks, play bar games (Paddy Pong – for those in the know – you’ll know!) and discuss the days experiences. And yes everyone enjoyed the Guinness, so much so, more supplies had to be acquired from the local pub!  The whole intense experience is one of fellowship and support, where real friendships are formed. Many of the participants believe this is because the teachers are there all of the time and do not disappear after the lessons. It is truly inclusive, not exclusive! 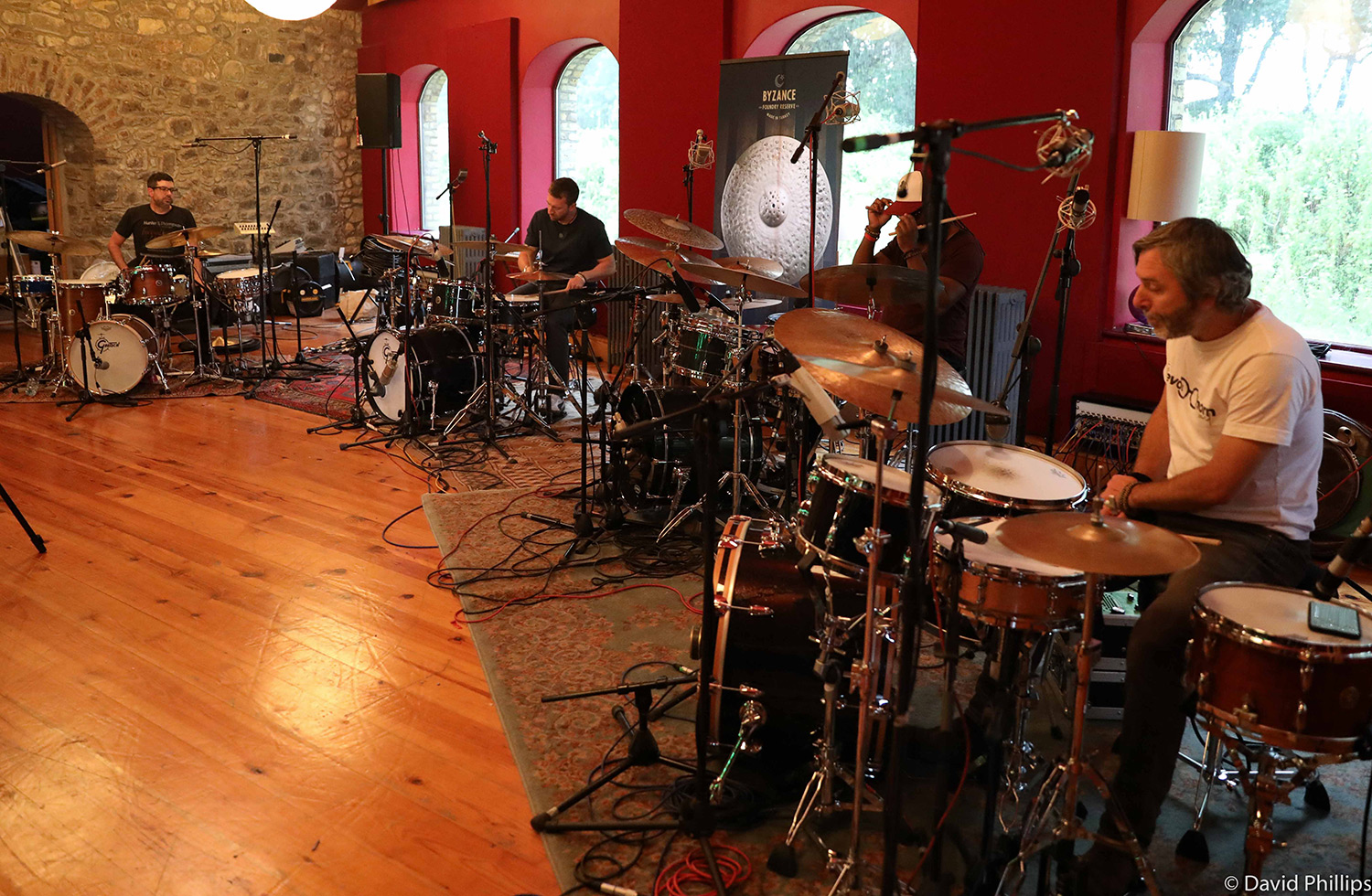 The penultimate day was a chance for the campers to put everything they have learned to the test.  Each is presented with a piece of music and asked to learn the drum section for it. They then have the chance to perform to the backing track in the studio and have it recorded. On the last day, campers can relax a little as the focus moves more to their mentors and a different venue. All move to the Button Factory in Dublin to sit back and watch each of the teachers perform a twenty minute feature spot followed by questions and answers. Then to bring the whole week to a fitting close, the four top drummers played together to their engrossed audience. At the end of a life changing week, everyone, campers and mentors alike go home inspired and motivated, positive they now have the skills they need to take their playing to the next level.