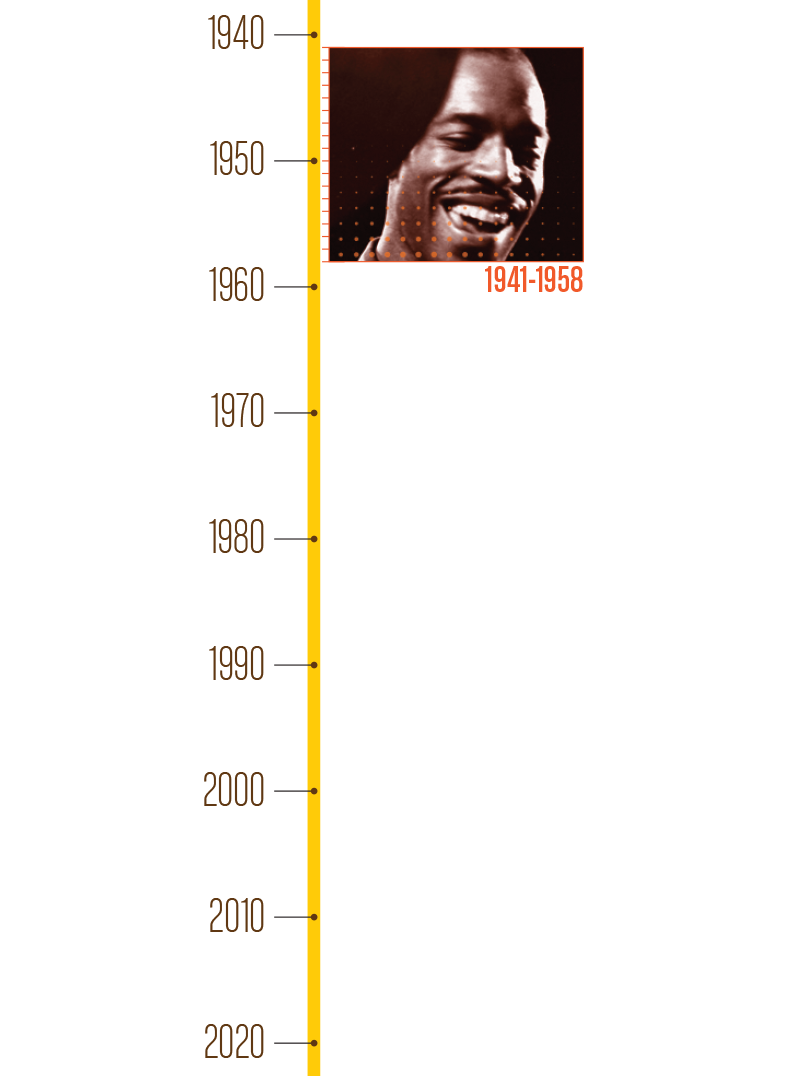 Papa Jo Jones was the epitome of swing, from his very early days with the Count Basie band in the ’30s until he passed away in 1985. A true pioneer of jazz percussion his style, grace, and incredibly musical approach to drumming inspired other legends, including Buddy Rich, Louie Bellson, Max Roach and Kenny Clarke. He played in the Basie band from 1934 to 1948 and with Basie on piano, Freddie Green on guitar and Walter Page on bass, they became to be known as “The All American Rhythm Section” which set the standard for all such sections to follow. Jo Jones worked with Jazz At The Philharmonic, Illinois Jacquet, Duke Ellington, Lester Young, Billie Holiday, Teddy Wilson,Ella Fitzgerald, Lionel Hampton, Benny Goodman, Ray Bryant, Milt Buckner, Coleman Hawkins, and his own trio and sextet.

In 1979, Jones was inducted into the Alabama Jazz Hall of Fame for his contribution to the Birmingham, Alabama musical heritage and in the 1985 recipient of an American Jazz Masters fellowship awarded by the National Endowment for the Arts.

Modern Drummer noted that “Perhaps Jo Jones’ greatest accomplishment was to point drummers toward a more musical way of thinking about the instrument. His contributions placed him high among the great jazz drummers of all time, and earned him the respect of musicians from every school.”

Papa Jo Jones played Gretsch drums from 1941 through to 1958. He used a custom made Gretsch Gladstone kit first made in 1937, which came out of a historic partnership with master drummer and inventor Billy Gladstone.